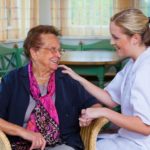 This month, the Journal of American Medical Associationdetermined that more patients are receiving hospice care and dying in the home than ever before. Specifically, the researchers examined nearly 850,000 Medicare beneficiaries and compared the sites of death and the care received prior to death in years 2000, 2005, and 2009. They found that, as the decade progressed, a patient’s use of hospice care at the time of death increased from 21.6% to 32.3% to 42.2%.

However, despite these healthy gains in overall hospice use, a closer look at the data demonstrates that the hospice benefit is still not being used as it was originally intended. The CMS hospice benefit provides palliative care to patients in the final six months of life. According to the researchers, 28.4% of the patients who elected for hospice care received hospice services for only 3 days or less in 2009. This finding is somewhat consistent with other studies on hospice utilization and demonstrates that patients are still receiving only a fraction of the care to which they are entitled under the hospice benefit.
Moreover, hospice care has not reduced the amount of curative delivered prior to death. In particular, the researchers found that intensive care unit use in the last month of life increased from 24.3% to 26.3% to 29.2%. This finding suggests that, while more patients are receiving hospice care in their final days of life, the increased availability of hospice has not changed the rate at which curative care is accessed. As a result, the Medicare program has not received the full anticipated savings that hospice care is supposed to provide because Medicare is now paying for both acute care and palliative care for many patients in the final month of life.
As a practical matter, this study presents two opportunities for hospice providers looking to grow in the coming year. The first is for providers to cultivate stronger relationships with hospital ICUs because nearly 1/3 of patients in the final month of life are admitted to the ICU. The second is for hospice providers to better educate primary care physicians and the community at large about hospice care. The fact that 28% of patients receive hospice care for only three days shows that the point of hospice is still not fully understood by both the medical community and society at large. Studies show that patients who use the hospice benefit for the last seven to eight weeks of life: (1) maximize cost savings to the Medicare program; and (2) receive the full benefits of hospice care, such as bereavement counseling, palliative care and respite for care-givers.
While 2013 may present opportunities for growth, hospice providers will remain under scrutiny of eagle-eyed regulators in light of the industry’s history of Medicare fraud and abuse. The Office of the Inspector General has disclosed in its 2013 Work Plan that it will focus on hospice marketing practices and relationships with other providers, such as skilled nursing facilities or hospitals. Therefore, hospice providers must be mindful of the State and Federal regulations that govern the marketing of health care services if business development is a priority in 2013.